Charting a future for retail in downtown Sioux City

Retail planning in Sioux City? There is a plan, and there has been for a long time.  Here's the view from City Hall.

By Russ Gifford
(Originally published in The Weekender, 04/03/03)

North, as seen from City Hall.

Talking with Patty Heagel, director of economic development for Sioux City, you quickly find there is more in this office than retail. "This is a full service department," says Heagel, whose staff of nine provides a "comprehensive, intentional effort to stimulate, facilitate, coordinate and assist in the growth of business in Sioux City." It is a busy department, with people representing business and economic development, marketing and real estate, among other things.

"The city has a lot of tools in its tool bag," says Heagel, "including our department, and other city departments." Naming the major players in the community that work with the city to bring in new business, Heagel notes the SEDC and the Siouxland Initiative (which is part of the Siouxland Chamber of Commerce). Heagel's major focus, though, is the larger businesses that provide numerous jobs to the community. Retail is part of her focus, too, if a business is planning to build in a new development. "Streets, utilities, agreements - those things happen here."

Heagel cites the Hamilton corridor as an example of collaborative city planning. Once a two-lane back street that ran to the Sunset Golf Course, which later became Sunset Plaza and is today Marketplace Centre, Hamilton Boulevard was widened to four lanes, connected to the Interstate, and is promoted as a retail destination. Now, almost the entire length is filled with strip malls, fast food chains and service providers, such as banks, doctors and insurance offices. This plan started life as a zoning code; later, it became the Hamilton Corridor Plan.

Gordon Drive took a similar route to building its retail. It boomed in the 1970s, then stagnated, and in the last few years, has greatly expanded, with retail developments now along one entire side. A new restaurant, El Tequila, will open in the former Palmer House building early this summer and Whiskey Creek Steakhouse will open in the former Grubby's building.

And now with the Perry Creek Project finished, there is a plan to redevelop West Seventh Street, where new shops and restaurants are slowly opening doors again.
Large "big box" store developments are occurring on the Highway 20/ Highway 75 connector beyond the Southern Hills Mall, and on the Singing Hills four lane beyond Highway 75. The Sunnybrook development, located beyond the Southern Hills Mall, will be anchored by a Lowe's store and a Target Greatlands, while a Wal-Mart Superstore and Kentucky Fried Chicken have joined Rex Electronics and two hotels on Singing Hills Boulevard with a Pizza Hut and a Tony Roma's to follow, near the Industrial Interchange on Highway 75.

These plans take years to become more than an idea on paper, says Heagel. The plans for retail downtown reflect that same long-term planning.

That's why the city built the new parking ramp, Heagel says. "Retail in an open area requires roads to reach it, and utilities to enable it to develop. We oversee those, though the development generally pays for it," says Heagel. "In a developed area, like downtown, retail might require different infrastructure - such as parking ramps. The city wants to see the downtown develop, and no one retailer could afford such a cost, so the city provided the ramp." So why did the city add another 35,000 square feet of retail space? "Just because it isn't needed now, sometime in the future it will be important to have the additional retail space available." Otherwise the entire block of Nebraska would be "closed" to shoppers, which could impact the businesses on the West side of the street.

The major question: Is Sioux City's downtown healthy? "I know what a distressed downtown looks like," says Heagel. "That's where the city acquires more and more property that owners are unable or unwilling to repair or develop. The city then puts offices in these former retail spaces. We aren't doing that," she says.

While downtown only represents one portion of Sioux City retail, it is that core area which should be looked to as the staging ground for planning citywide. "Our downtown development may have peaks and valleys, but it is not a distressed or blighted region," Heagel said. 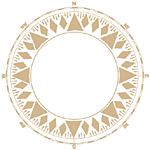 Everyone agrees it is not the '50s anymore, but the point is that it isn't the '90s anymore either. As cities face another disruptive wave - including tighter budgets, more business mergers and fewer jobs - like the change from the '50s to the '60s, a vision for the future is vital.

The next 10 years could be even more disruptive if we don't agree on a plan to help us ride this wave.